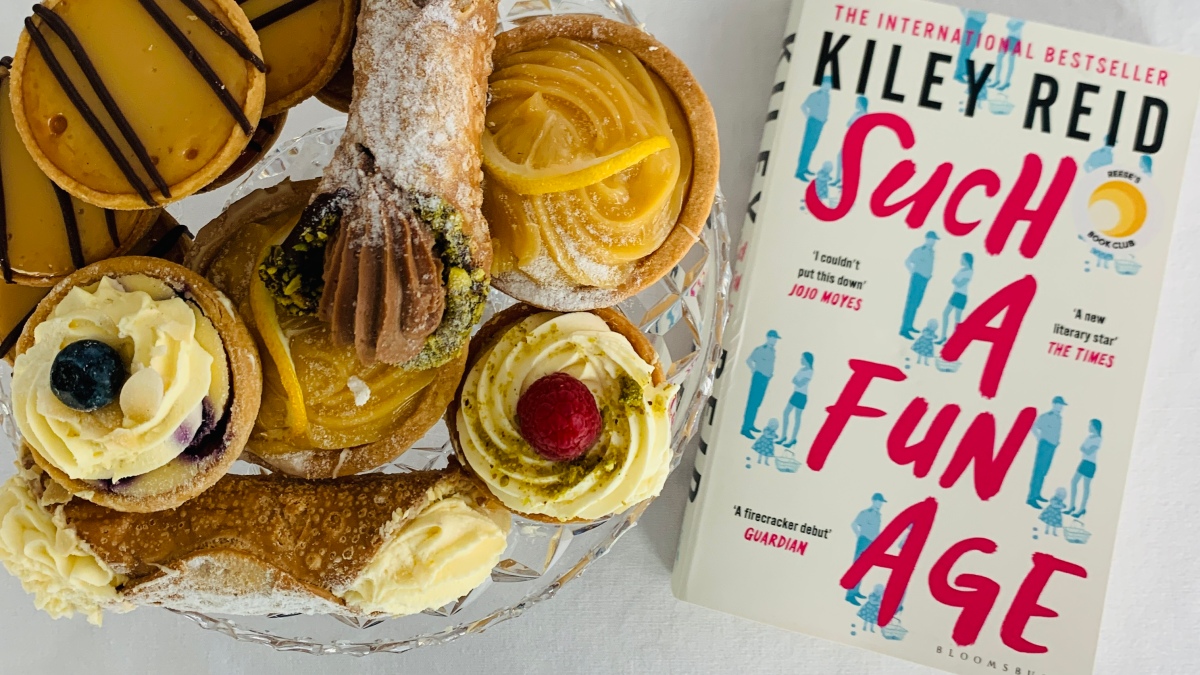 Much of the hype surrounding this book is based on the premise of a racially charged incident that happens late one night at a supermarket when an African-American girl called Emira is falsely accused of kidnapping the young, white child she babysits. According to the inside cover of the book, this incident ‘sets off an explosive chain of events.’

Personally, I found ‘Such a Fun Age’ less explosive and more sizzle, with the whole incident at the supermarket wrapped up by page seventeen and only loosely connected to the other events that unfold throughout the story. Emira herself is so embarrassed, she rejects the offer of another shopper’s video footage of the altercation, insisting she would rather just forget that the incident ever took place.

Emira is the most likeable character in the book. She is a 25 year old, university graduate whose current working life consists of three days a week babysitting Briar and two afternoons a week transcribing text for the Green Party at their Philadelphia office. As is typical of young people her age, she is preoccupied with going out with her friends, meeting boys and worrying over her finances and career (or lack thereof). Not to mention the impending problem that she’ll no longer be included on her parents’ health insurance once she turns 26.

The novel is written from the two alternating perspectives of Emira and her boss, Alix, a white, 33 year old mother of two (toddler Briar and baby Catherine) and a successful social influencer. Alix is insecure and narcissistic. Following the incident at the supermarket, her efforts to get to know her black babysitter better are self-serving, obsessive and cringe-worthy.

As the story unfolds, Emira starts dating a white guy named Kelley Copeland. Kelley is kind and sincere in his affection of Emira, however he noticeably surrounds himself with black people and has a history of only dating black women.

I thought the character of Emira cleverly represented holding up a mirror to white people’s interactions with black people today. By doing so, ‘Such a Fun Age’ adeptly highlights racism, privilege, class, fetishizing and the embarrassing trend of white people trying to demonstrate just how progressive and woke they are.

This book may not have launched on the trajectory that I thought it would from the incident at the supermarket, however it is a fresh, interesting take on prejudice, class and privilege in America today. ‘Such a Fun Age’ is an entertaining read with stories within the story on topics such as friendship, love and motherhood. I particularly loved the relationship between Emira and little Briar.

The last chapter is told through the perspective of Emira, who discovers the type of contentment one feels when we shake off the expectations of who we should be and just be ourselves. The story wraps up, not necessarily in a nice, neat bow, but perhaps just as it should.  And not without one final stinging nod to privilege and class.